Apple to Release iOS 16, watchOS 9 Today: How to Install, Compatible iPhones, and More

iOS 16 is expected to land on a range of iPhone models starting today. 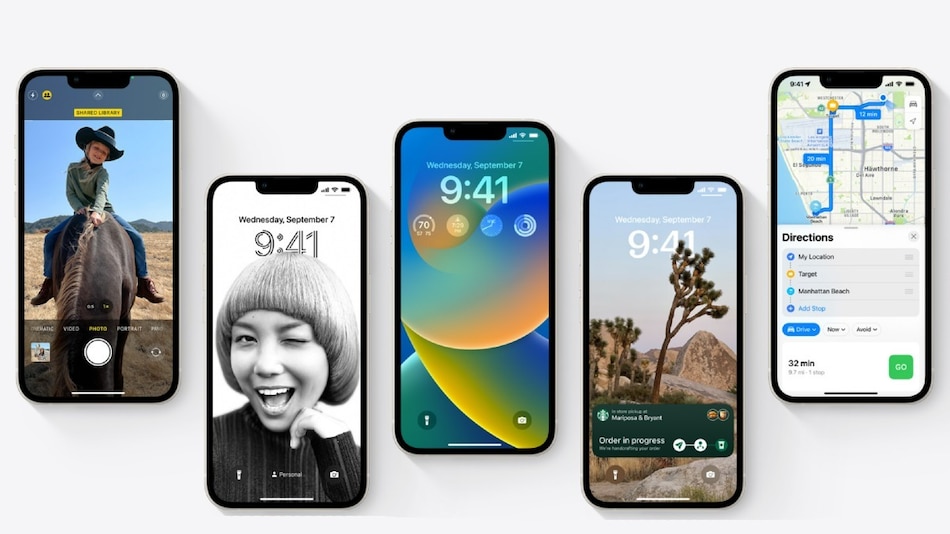 iOS 16 brings a slew of new features and customisation options

iOS 16 and watchOS 9 will be released by Apple globally, including in India today. Like every year, the latest iteration of iOS will be released for the recently-launched iPhone 14 series along with a few select older iPhone models. iOS 16 brings along improvements and a few new options for customisation. With iOS 16, you get features such as focus mode, a new lock screen, and more privacy layers to the Hidden and Recently Deleted albums. Other features in iOS 16 include updates in iMessages, SharePlay, Notifications, Maps, Safari, Wallet, and more.

When will iOS 16 release

iOS 16 release should be around 10am PST, which means for users in India, the update should be released at around 10.30pm. iPhone users should start getting the option soon after iOS 16 release. In order to check, you can go to Settings > General > Software Updates to know whether you have got the option to upgrade to iOS 16.

It is noteworthy that those who are on public beta are apparently getting the stable update ahead of others. One of the team members at Gadgets 360 has already installed the iOS 16 update on his iPhone 12.

How to install iOS 16

Installing iOS 16 shouldn't be a tough task. In fact, a decision to install it is a bigger question to be asked. While some are the early adopters and they install the update right away, others prefer to wait for 2-3 days to play safe and check for any reported bugs and problems. Apple is usually on their toes to mitigate reported problems and they are quickly resolved with hotfix.

Among a slew of new features in the iOS 16, there is a revamped lock screen with more personalisation features. Users will be able to jazz up their phones with wallpapers, photos, and themed collections along with fonts for the time and date, and add lock screen widgets for weather, alarm, activity rings, and calendar.

Apple's iOS 16 moves notifications stack and alerts to the bottom of the display, making them easier to tap and view with one hand. Stuff can now be checked with the new lock screen and there is Live Activities feature that lets users see things happening in real-time. The focus mode can be accessed from the lockscreen with a swipe from the lock screen.

iOS 16 allows users to to edit a sent message or even unsend a recent message altogether (limited to 15 minutes after sending it). The iOS 16 update brings iCloud Shared Photo Library letting users share photos with up to five other users. However, this feature will be rolled out to users at a later date.

Just like the iOS 16, the watchOS 9 update for Apple Watch series will release on September 12 for Apple Watch Series 4 and later devices. One of the many features is a new Low Power mode that allows users to increase the battery life on the Apple Watch by shutting down battery-hungry functions. It is different from the Power Reserve mode that the Apple Watch already has.

The watchOS 9 also comes with new watch faces, improved health and fitness tracking, and Medications app to let users discreetly track their medications, vitamins, and supplements from their wrist.